The trees are getting covered elegantly, farmers preparing their men, women, and children, tools sharpening, machines checked and double checked, schedules canceled and then rescheduled.  The glory for the annual anticipation of  their life is just moments away and yet they’ve been hungry and prepared for months.  Like the Spartans of Sparta, outnumbered yet precisely effective, and like David and Goliath, they know the perfect technique with little tools they are given.  Almost there, almost. Just a month wait, and the small fruit would be in its most unique form. Such the form we will soon be able to savor in our most favorite dish or simply just on another perfect roll. However we favor, which ever way we stunningly choose for its use, it shall be called a masterpiece. So get ready to use up the last drip of your old, aged, oil and prepare to line up or exhaust your search for a rare piece of the puzzle to complete your dining experience. Almost, just a month more. 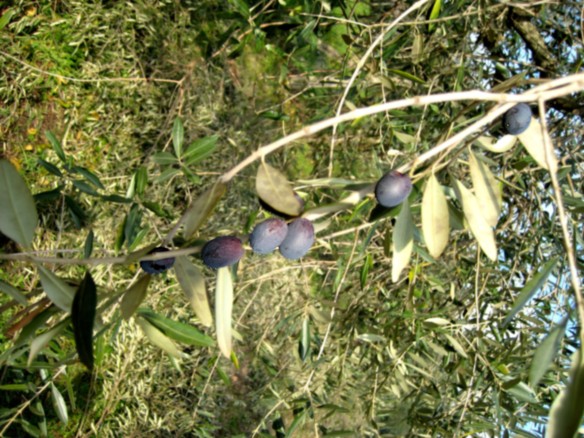 If you think the picture is mouth watery appetizing, you fail. Please tell me you too have noticed some differences in the food and restaurants that has been massively praised and promoted via media outlets these days. I speak in general, but more so here in Boston, MA. With exceptions to the worldly known functions on social networks, we see some changes in our tv programs as well. There once was a tv show named xyz (which will stay nameless for my personal protection) hailed as the definitive source for measuring gourmet and hole in the wall venues, showing and describing in great depths and at one point being regarded as the tv version of the Zagat. From inside scoop to chef bios to the arrays of signature dishes that comes highly recommended, now a lump sum of venues crunched in as many as they can under the one hour program including non-essential commercials undoubtedly supported and contributed by the program.

Have they run out of places to go? Segments to cover? Or maybe budgets been tight? Well if it’s any of the above, you know where to find me, just drop a line and I’ll play ball. Maybe it’s just the unchanged, stagnant economy still lingering around the mush of our society. Whatever it is, it’s had an adverse effect on how we see our food as well. I’m not talking about the price or availability, I’m talking about the lack of coverage and the importance of “few”.

How do we measure quality? Is it by price? Company prestige? Availability? Experience? Durability? Or a mixture of many comprised together? Some things are just difficult to grasp due to its significant varieties and choices while other things are simply easier to formulate. For cars, high quality is measured for its luxurious smooth ride supplemented by its array of advanced technological features or a simple durable car that’s long lasting, great mileage and solid resale value. For clothes we could consider fabrics or where it’s made. Polyester or cashmere? Commando or hand knitted? And as for food, well they’re simply isn’t a way to label quality like in cars or clothes.

With food, there are multitude of varieties from all over the world.  One simple apple could be worth a penny where in another world could cost 10x that amount.  The difference in how we see quality makes what we call quality.  Despite the cost of transportation and federal administrative jargon, the more we like of a few well rounded rare items, the more we begin to perceive an item as quality than the rest.

Japan is infamously known for their incredibly jaw aching price for fruits, or food for that matter.  But unlike the processing, harvesting, and distributing system we have in the US, Japan is highly concerned of being nit picky.  A great well known example are melons and fruit box (yes box, not basket).  A superior fruit only due to the specific inspections they undergo, the shape, size, taste, how it’s grown, how much on each vine, are meticulously calculated from growth to harvest.  The end product is nothing less than perfect.  Moreover, this procedure is manipulated amongst a whole range of fruits to accommodate the fruit box.  And like inspecting a newborn Spartan, each deformed byproducts are discarded once again reinforcing only perfection.

The way they recognize perfection ends up becoming their quality reassurance.  Price is definitely mind boggling, but it sure does taste great!

More like lite! Am I right?  We could hardly tell the age of an evoo at a grocery these days, especially the national brands. Generally the USDA standard to qualify the status of “extra-virgin” is having a value of less than zero.eighty% oleic acidity, which means a zero.seven-nine% still qualifies. This is hardly quality enough to be used raw, which is why it’s exclusively for heating.

It was at nice, quiet, serene, home on a 14th floor of a 25 floor apartment building, on the outskirts of a big city, not so much suburbia, but not pollutant enough either. Hear yelling across the room and I must have thought I have done something terrible. Next thing I know, my face was flooded in my own tears, stuck on a seat looking down and ahead reaching over with my mini-fork aimed at ¼ of a tomato. Still in tears, with an ugly face forced out of me, I take a bite out of the tomato chewing deliciously making sure I get every single juice out of the bite size fruit. Savoring the sweetness of the juicy tomato, I almost forgot the reality of my salted face pruning. Then I noticed I just experienced two worlds simultaneously; eating and sadness (also known as reality). But it wasn’t hardly until I decided to study abroad in Italy with the goal to stuff myself with good eats. For obvious reasons eating a certain cuisine from it’s origin is the best place to grasp the authenticity of its flavor[Authenticity, Just a Myth?]. However, on occasion we are ever more surprised by an unexpected dish; a dish we thought we knew.

But back to the story in Italy, one of the foods that surprised me the most was the taste of olive oil. I had the opportunity to take an Italian cuisine class during my term and was even more fortunate to have my instructor growing and harvesting her very own olives. It was first through helping out at her cottage (where the olives were located) did I get a chance at tasting the raw form of such a perfectly harvested young extra virgin olive oil.

Timing my visit perfectly, lunch was near and immediate (tip: always bring a big appetite to an invited eat-in). Everything on the table had had some form of olive oil mixed into it. Not only was the taste very structured and distinct, but as conversation grew I was ever more fascinated by how frequent it was used. [In Italy there’s about 12.35kg per capita in annual consumption in comparison to 0.56kg in the US]

Anything you can think of that uses cooking oil or butter, is stunningly interchangeable with olive oil. Oh yes, cakes, brownies, cookies, muffins, ANYTHING. Well maybe not butter itself (maybe?), but you get the idea.

The raw taste of recent harvest olive oils are undying. Like a taste of raw milk just milked seconds from a cow, it’s incomparable to the watered down products available at your local grocery stores. Initially I thought my host had added some sort of spices to the oil to give off the aromatic and subtlety smoothness that went unbelievably well with just a piece of lightly toasted bruschetta which was further glorified with a dash of salt. Oregano, rosemary, dill, paprika, lemon juice, anything? Nothing. Garlic? Nahda, it was just the plain yet intricate taste derived solely by the oil itself. Still in awe I didn’t let the conversation evolve away from olive oil. Locked on and bombarding with questions after curiosity, a “simple” eat in turned out to be another extra credit brownie points ;D As others’ jaws were gnawing on the food set in front of them, I kept mine closed so I could concentrate all my focus on catching every little bits of details and wavelengths. This was the very first time I gained interest in hopes of bringing a simple product back to the states; better known for its utter excess of choice…..